Similarly, Amrit Kaur from Khalsa College International Public School (KCIPS) scored 97 per cent, Arshdeep 96 per cent, Jasnoor got 95 per cent. In total 17 students scored more than 90 per cent marks, said Principal Nirmaljit Kaur Gill. Both the Principals congratulated the students and their parents apart from teachers for the outstanding results of the schools being run under the Khalsa College Governing Council (KCGC).

KCGC Honourary Secretary Rajinder Mohan Singh Chhina also congratulated the topper students. He said the good results were possible due to the efforts of staff for their hard work and on showing such a stellar performance and congratulated the parents as well and Principals. 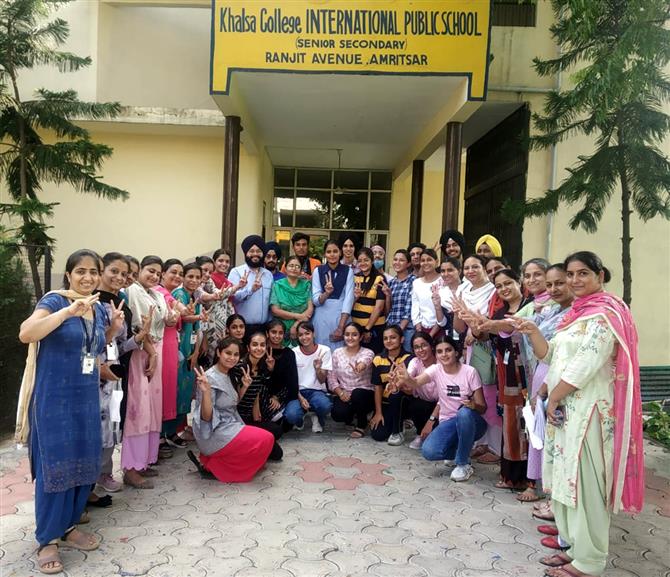